Without further adieu… I’d like to introduce our esteemed panel of judges for the very first World Bear Contest, taking place in Lexington, KY from August 23rd-26th, 2018:

Richard Jones, CEO of Bear World Media. Richard has kept us all abreast of news & happenings throughout our community since the beginning of Bear World Magazine. Richard’s passion to inform us about the latest events, title winners, businesses, new products, etc. coupled with his enthusiasm & willingness to help start-up events/businesses to promote their brand makes this kind fellow a treasure! He’s well-connected to men on every continent, admired & respected by many, and will be a great asset to our judging panel. 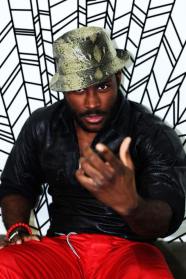 Jace The Caveat is an American singer-songwriter and producer from Suitland, MD. After honing his sound through guerrilla recordings in his Drexel University dorm, the release of his first mixtape ‘Fly’ earned the attention of Forecast Music Group, who eventually signed him in 2011. In 2016, following the freshman release – ‘Alpha’ – Jace turned his musical focus toward the Leather community, penning an album of the same name, released in April 2017. While serving punchy lyricism and an acoustic flare, he has been a featured musical guest at the Tom of Finland Foundation, Off Sunset Festival, Upright Citizens Brigade, and various intimate venues.

Scott Turner was born and raised in Chicago and happy to be back after a 22 year stint in Anchorage, Alaska. Property Manager by day. Fundraiser, Community Organizer, Emcee, and all around smartass by night.

He has a collection of titles & accomplishments, ranging from Mr Bear Alaska 1998, Mr International Bear 2008. Founder and Co-Producer of the Mr Illinois Bear Contest. Emperor 8 & 13 – Imperial Court of Chicago. 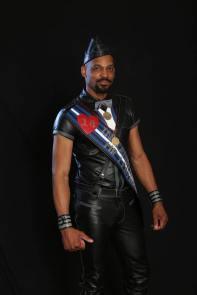 James Lee is a leatherman from the beautiful Bluegrass state of Kentucky. He proudly holds the titles of Mr. Crossings Leather 2017, Mr. Kentucky Leather 2017, International Mr. Leather 2018 and is a member of the Onyx Great Lakes chapter and the Kentucky Leather Brotherhood. He is a coach and choreographer for hip-hop, cheerleading and power tumbling and is a friend and mentor to his athletes and their families. James strives to live life to the fullest and learn something new everyday. He aspires to follow three rules: Have Fun, Be Respectful and Never Give Up! James surrounds himself with people that challenge him for the better and takes joy in sharing his whimsical attitude toward life both in and out of the leather community. His chosen and bio families are his greatest support system and he values their presence in his life. He challenges everyone to “Show the world your moves, who knows, you just might move the world!”

Youkali Youkali is a literature professor, creative scholar, kinky science-fiction writer, and leatherdyke. Born and raised in Montreal, she has been happily living in the GTA for two decades. You may have met her at various Canadian and international leather events. She gave talks and facilitated workshops on topics including pain, language and play, and erotic writing, and she has also been known to volunteer as a demo bottom. She is a black hanky girl at heart. Youkali is Ms Leather Toronto 2013, a member of late Toronto Heart of the Flag Federation, and a proud member of the Vajra Family. She is also on the BoG of Montreal’s Unholy Army of the Night. The is the editor of the kinky short story anthology Leather Heights, Toronto, Canada. Kinky Tales from Hogtown (Toronto: Cuir & Queer, 2013). 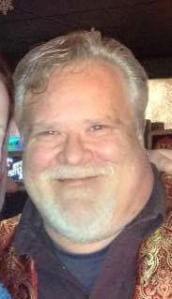 David Kent, Vice-President of the Pennsmen

Daddy David has been a member of the gay, bear and leather communities since 1987. He has performed in multiple musical productions, so he is no stranger to the stage and can bring a certain perspective to being a judge by being able to look past any stage fright and seeing the true version of a contestant. He is current Vice President and Pledge Master, as well as, former President of the leather social club The Pennsmen, based in Harrisburg, Pa. of which he has been a member since 1989 and is also a very strong supporter of his local bear club. He has judged on the local level and is very thankful to now be getting his chance to move to the “World” stage. 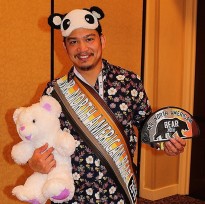 Kenny (Panda) Keawekane is a Hawaiian-born, Northern-raised, and Southern-fried Otter in the sheets, Panda on the streets. He is a land surveyor, performer, dance choreographer and teacher currently residing in Chattanooga, TN with his partner Jesse Hulse. He travels to choreograph for a high school show choir, theater program and at various dance studios in Middle Tennessee. He has performed and choreographed for numerous theater shows including Hairspray and Rocky Horror where he played as Dr. Frankenfurter. He enjoys donating his time to numerous charities raising money, performing, or anything else that is required. He performs at his local Pride Festival and gay clubs. He was in Top Tier of his former dance company, apart of two dance crews, won three talent competitions, and worked alongside numerous dance, theater, and art venues. He has been on Eric Paslay’s “High Class” music video, commercials including TUL pens and Perception Kaiyaks, and the honor to dance on stage for Lizzo, Big Dipper and more. Since awarded his titles, he has had wonderful experiences including meeting writer, Dean DeBlois, Ginger Minj, cast members of Where The Bears Are, gay camping on his anniversary, making new friends from other bear runs and other innocent, wholesome experiences with his partner.

Have questions about the World Bear Weekend?  Don’t hesitate to contact the event producers: